The prestigious list of FIFA best player list of the world is out and is again dominated by none other than Lionel Andres Messi and Cristiano Ronaldo. The duo once again are the three finalist for this prestigious award.

The original list of 23 men has been reduced to three men after voting. And finally the podium place is occupied by three LaLiga stars. Barcelona star Lionel Messi, Real Madrid’s Cristiano Ronaldo and Atletico Madrid forward Antoine Griezmann are the remaining three nominees in the race for the inaugural The Best FIFA Men’s Player Award. 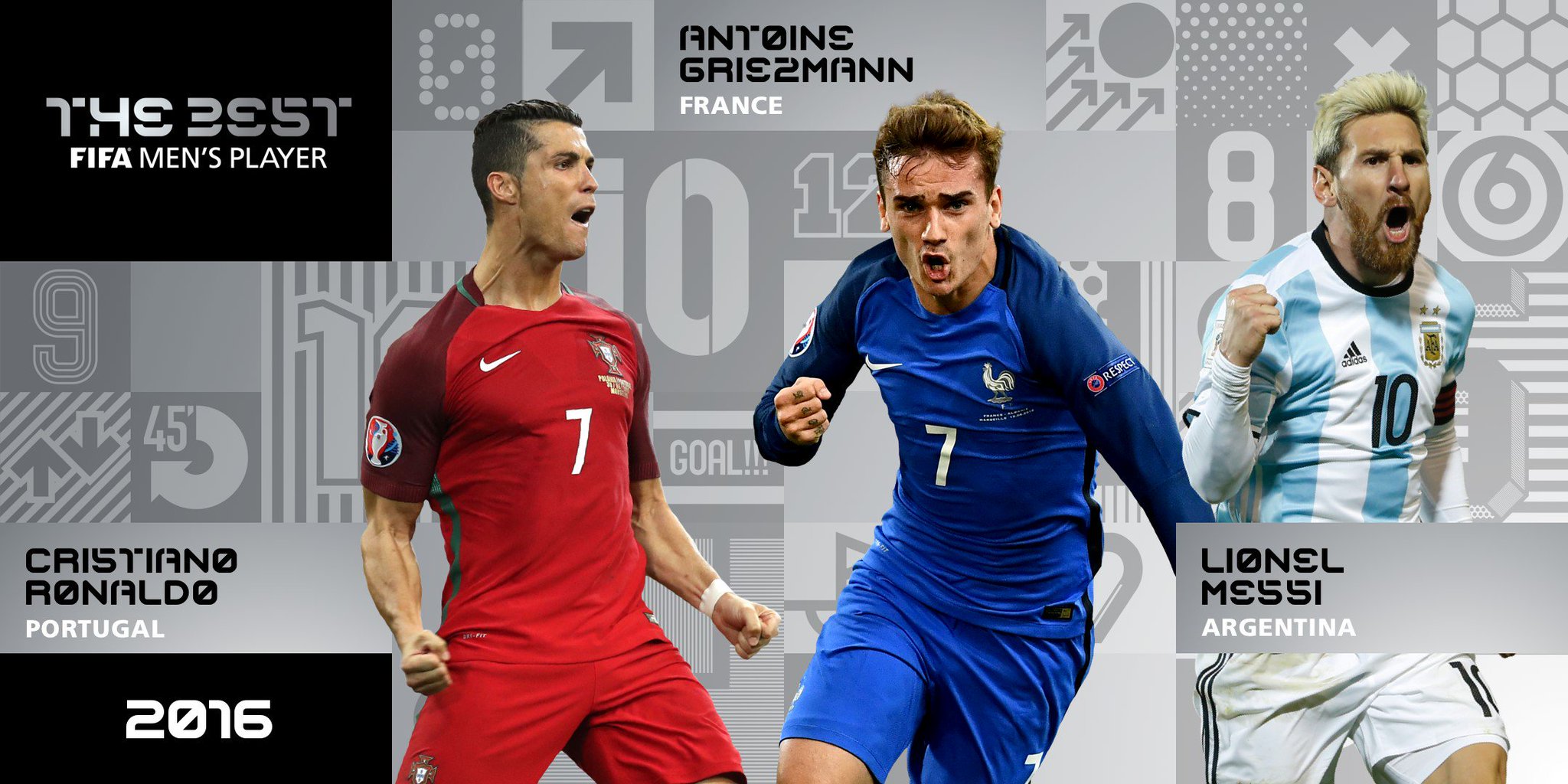 High-profile names such as Gareth Bale, Luis Suarez, Neymar, Zlatan Ibrahimovic and Robert Lewandowski all made the initial 23-men shortlist, but miss out on a podium place.

Atletico star making his debut for the podium after winning the UEFA best player whereas Ronaldo is standing for his fourth Best player award (two Ballon do’rs and one FIFA best player). The five time Ballon do’r champion is sharing the stage for the record making tenth time.

Antoine Griezmann had enjoyed a great year by making to the finals of UEFA EURO CUP and UEFA CHAMPIONS LEAGUE with National team France and club side Atletico Madrid respectively.

Cristiano is also coming from a great year after beating Atletico Star in both the Finals of UEFA EURO and UEFA CHAMPIONS LEAGUE. In other terms Ronaldo had his first silverware with his National team Portugal.

Now talking about the Little Master, Lionel Messi defended La Liga successfully and retained beating both Cristiano and Griezmann with his Barcelona FC side. He also led Argentina to its third consequent final of COPA AMERICA after nthe finals of WORLD CUP and COPA AMERICA.

The winner will be declared on the FIFA gala on January 9 in Zurich.

Who do you want to win this award? Drop the name in comments section.