Agni-V, the indigenously developed long range ballistic missile that can carry nuclear weapons, was successfully test-fired from Abdul Kalam Island (earlier referred as Wheeler Island) off the Odisha coast at 11.18 a.m. on Monday.

An indigenously built surface-to-surface nuclear capable intercontinental ballistic missile (ICBM), this was Agni V’s fourth trial. The previous tests were carried out on on April 19, 2012, September 15, 2013 and January 31, 2015.

The ICBM has been developed by the Defence Research and Development Organisation (DRDO). At 17-metre tall, Agni V reportedly weighs in 50 tonnes and can carry nuclear warhead of about 1.5 tonnes up to a distance of more than 5,000 kms, which means it has capability to strike targets anywhere in all of Asia and parts of Africa, Europe and cover a large part of China.

“The test parameters of the missile, which was tested for its full range, are being evaluated. It will take some time to say whether it was a full success or not,” said an official. 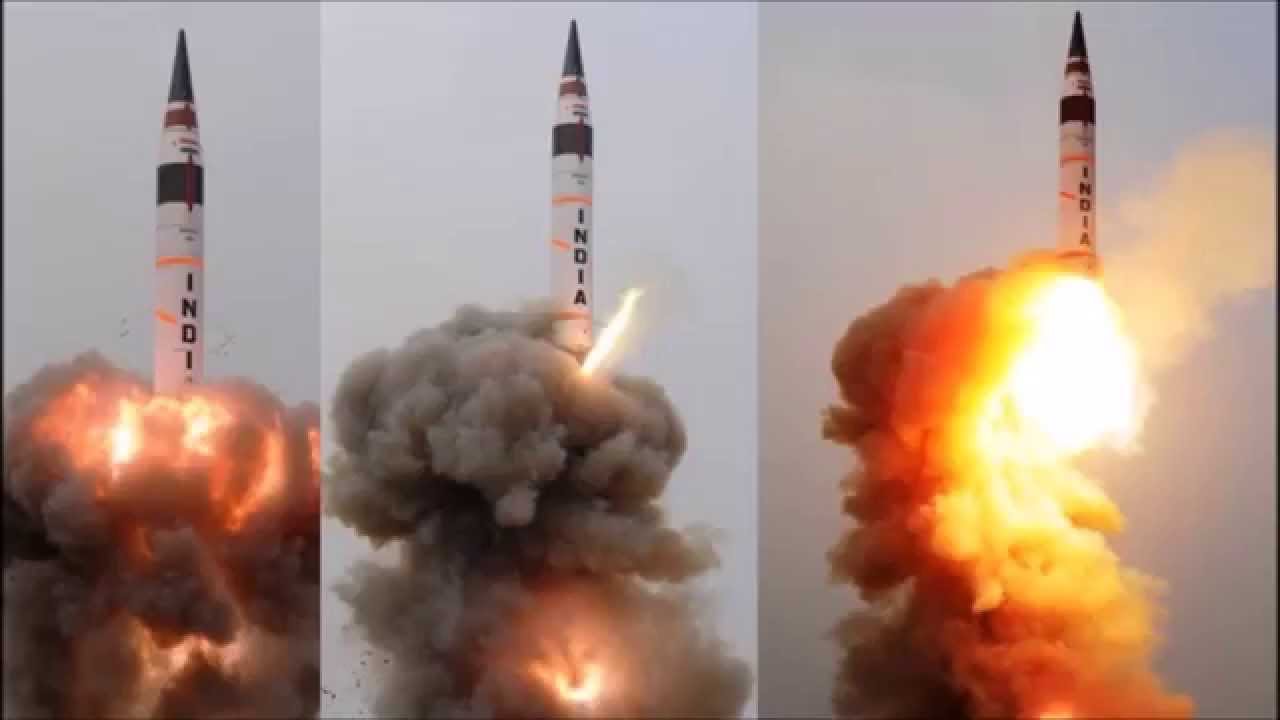 The missile lifted off from a canister mounted on a huge Tatra truck. A gas generator at the bottom of the canister ejected the 17 m-long, three-stage missile weighing 50 tonnes.The missile’s canister-launch version makes it even deadlier since it gives the armed forces requisite flexibility to swiftly transport and fire the missile from anywhere they want.

This fourth and final experimental test of the three-stage Agni-V comes after a gap of two years due to minor technical tweaking required in the ballistic missile as well as the need for India to exercise some strategic restraint when it was seeking entry into the 48-country Nuclear Suppliers Group (which was thwarted by China) and the 34-nation Missile Technology Control Regime (which India joined earlier this year).

The tri-Service SFC, established in 2003 to manage India’s nuclear arsenal, will have to conduct at least two user-trials before the 50-tonne missile is produced in adequate numbers for induction.

Once the Agni-V is inducted, India will join the super exclusive club of countries with ICBMs (missiles with a range of over 5,000-5,500km) alongside the US, Russia, China, France and the UK.

Apart from the shorter-range Prithvi and Dhanush missiles, the SFC has inducted the Agni-I, Agni-II and Agni-III missiles. While these missiles are mainly geared towards Pakistan, the Agni-IV and Agni-V are specifically meant for deterrence against China. Beijing, of course, is leagues ahead in terms of its missile and nuclear arsenals.

This is a great news coming from DRDO as the tests were successful and hopefully Agni-V will be inducted into the SFC of Indian Armed Forces.

Do reply in the comments section below.